New Zealand is one of those countries where sitting around wrapped in blankets in your room and watch as the day goes by is not an option. As tempting as it may seem, you need to get out there as you're missing a whole lot of adventure and excitement! From great metropolitan cities, rolling hills, ancient Kauri trails, and glacier treks, New Zealand calls out to those in search of the extreme in the most beautiful of ways. Even if you're not the most adventurous person, New Zealand can still delight in so many ways. With excellent food, views of mountains, forests and pristine lands, New Zealand inspires those looking for inspiration.

WHAT TO DO IN NEW ZEALAND

Go On The Wild Side Of Life

Add a little spice (read: screams) in your travels. There are approximately 4.8 million New Zealanders, scattered across 268,021 sq km. That is bigger than the United Kingdom with one-fourteenth of the population! Between those numbers are sublime forests, mountains, lakes and so much more. These are the places that have made New Zealand as one of the best adventure countries on the planet. And not to mention one of the most culturally rich countries in the world (but more on that later). Here are some things you can do to get those adrenaline pumping.

- Jet Boats: The Kiwis literally invented the jet boat! Initially created to navigate the shallow Canterbury rivers, now it is used to power through narrow river gorges, cornering sheer rock faces or skimming the water channels through braided rivers. A fun-filled ride you should try. We recommend you to jet boat through the Waitoto River. This trip takes you from the sea into the mountains. You will be speeding down the river, learn a lot about this incredible nature and the culture of the Maoris.

Without a doubt, the landscapes of New Zealand are some the best the world has ever seen. From fjords and glaciers to the undulating hillsides of Middle Earth. Where else can you see the unique landscapes that featured on the Lord of the Rings at Matamata. Or crossing the bridge through flowing rivers and exceptional greenery at Westland Tai Poutini. With 13 national parks for you to choose from and 30,000 square kilometres of diverse, natural scenery there will never be a dull day in New Zealand.

WHAT IS THE BEST TIME TO VISIT NEW ZEALAND

Travelling in summer has the advantage of the best weather. Unfortunately, this is where prices tend to be significantly higher, and accommodation in some areas can often be very difficult to obtain. Summer in New Zealand would run from September to November.

Winter in New Zealand can be awesome too! If you're not a skier, then it's an amazing time to come winter hiking in New Zealand – the trails are quiet and the mountains all around are snow-capped. If it gets too cold and tiring for you, then there a few natural hot pools. Take a dip and relax as you trek to amongst the mountains. Winter here runs from June to August.

Spring is also a great time of year to travel in New Zealand. It is the time when the new flowers and leaves start appearing. For gardeners, it is a special time of year in New Zealand, with some magnificent gardens and parks to visit. In the South Island of New Zealand, Christchurch is aptly named "the Garden City", and there is no better time than Spring to take in the gardens and parks of Christchurch. Spring runs from September to November.

Book your next trip to New Zealand with Tripfez. Find all-in tour packages with flights or ground arrangement packages. Travel with family or friends on your next holiday and also enjoy amazing halal food. So book your tour package online now! 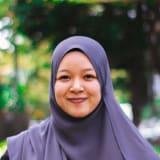 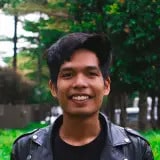 New Zealand experiences many hours of sunshine hours and moderate rainfall throughout the country. Temperatures tend to get cooler as you travel south. This is largely influenced by two main geographical features: the mountains and the sea.

When is the best time to travel to New Zealand?

New Zealand is an ideal vacation destination year-round. But just like Australia, you have to note that seasons are the reverse as compared to Northern Hemisphere countries. The warmest months being December through February, and the coldest June through August. Peak season runs from October through to April, mainly during  the summer of December to February.

What is the currency being used in New Zealand?

What is the time difference in New Zealand?

What is the normal electrical plugs used in New Zealand?

Electricity in New Zealand is 230/240 volts, although many hotels and motels provide 110-volt AC sockets for electric razors only. The power plugs have two flat pins in a V-shape. The three pins also uses the V-shape with a grounding pin (which looks like a sad face).

Is it safe to drink tap water in New Zealand?

Tap water is fresh and safe to drink in all New Zealand cities and towns. If you're not so keen on drinking tap, you can also look for bottled water throughout the country as well.

How does it feel like driving in New Zealand?

For Malaysian drivers, we'll be well suited to driving in New Zealand as they too drive on the left side of the road. Once you're on the back roads, New Zealand's is diverse terrain means that roads are often hilly, winding, and narrow single-lane in each direction. But the views can be magnificent. Definitely worth the drive.