Fall into quicksand to feel the thrill trip at United Arab Emirates (UAE) while enjoying the Arabian music here. The sovereign constitutional monarchy is a federation of seven emirates consisting of Abu Dhabi (which serves as the capital), Ajman, Dubai, Fujairah, Ras Al Khaimah, Sharjah and Umm Al Quwain. The two most famous cities in UAE are Abu Dhabi and Dubai; the Abu Dhabi famous for Federal National Council seat while Dubai for its tallest skyscraper which is Burj Khalifa. The United Arab Emirates has developed into a show-stopping, newsworthy destination that offers an enticing mix of Islamic traditional culture and Muslim tradition.

Visiting the United Arab Emirates is on the wish list for any traveller. The Arab Emirates boasts of sprawling coastlines by the Gulf of Oman and the Persian Gulf. Arab Saudi is located on the west and southwest, meanwhile Oman to the southeast and the eastern tip of the Musandam Peninsula in its borders, there are plenty of things to do in UAE. UAE is a country rich in culture and history, making it even more interesting for travelling. You can experience the true grandeur of Dubai majestic deserts and cultural traditions. Besides, Dubai is home to incredible architecture, fountains, gigantic aquariums, ski slopes, and ice skates. The Burj Khalifa, located in the downtown of Dubai, the needle-shaped super scraper is the world's tallest building and one of the popular skylines in Dubai with millions of tourists every year. While in Dubai, don't miss a chance to explore Jumeirah, Dubai fountain, the historical Dubai Museum and experience a dinner camp with hookah, henna, delicious food, performances, and dancing.

The tour to the United Arab Emirates is incomplete without experiencing the best of the Arab world in Abu Dhabi. Abu Dhabi, the capital of the United Arab Emirates, lies on an island in the Persian (Arabian) Gulf, off the mainland. Its focus on oil exports and trade is reflected by the skyline’s modern towers and shopping mega centres such as Abu Dhabi Mall and Marina Mall. Marina Mall, one of Abu Dhabi's distinctive landmarks is a perfect place for a family outing and shopping in Abu Dhabi. Marina Mall in Abu Dhabi offers more than just a shopping experience. In addition to housing more than 400 high street and high-end retail brands, the shopping centre also has several bank offices, restaurants, speciality stores and a hypermarket.

Among the main attractions in Abu Dhabi is the vast Sheikh Zayed Grand Mosque that features an immense Persian carpet, white-marbles domes, crystal chandeliers and can accommodate about 41,000 worshipers at a time. In addition, you can also visit other renowned attractions such as Ferrari World Abu Dhabi, Yas Island, traditional markets and souks such as Gold Souk Abu Dhabi; market specializing in gold jewellery, Old Souk and many more. United Arab Emirates Dirham (AED) is the official currency of the United Arab Emirates, Dubai and other Emirates. The symbol Dhs or DH is often used. The United Arab Emirates Dirham has been used since 1973, when it replaced several currencies, such as the Dubai riyal and the Qatar riyal.

The official and national language spoken in the United Arab Emirates is Arabic. Modern Standard Arabic is taught in schools, and most native Emiratis speak Gulf Arabic dialects which are usually similar to those spoken in surrounding countries. Although Arabic is the UAE's official language, English is the most spoken language and widely understood in UAE. There are also other languages spoken throughout the UAE. Since the UAE is home to a large expatriate community, language such as Hindi, Urdu, Bengali, Tamil, Tagalog, Persian, Chinese, Malayalam, in addition to many other languages are widely spoken.

The United Arab Emirates is a paradise for food lovers. One thing you must do while visiting the UAE is to taste the region's typical dishes that reflect its geography, culture and climate. Meat, fish, and rice are the staple foods of the Emirati cuisine. Khuzi, or ghuzi, is the traditional cuisines of the country and the United Arab Emirates' national dish. It's a full, filling and delicious meal as this dish consists of a roasted lamb or mutton served on top of a rice bed and topped with vegetables and nuts. The United Arab Emirates boasts bold, exotic flavours and is the destination for travellers who want to indulge in traditional Arab cuisine such as Chicken Machboos (spiced chicken and rice), Tabbouleh served with couscous, Al Harees, Shawarma, and many more.

Book your next trip to United Arab Emirates with Tripfez. Find all-in tour packages with flights or ground arrangement packages. Travel with family or friends on your next holiday and also enjoy amazing halal food. So book your tour package online now! 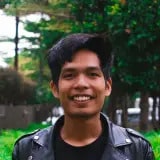