Seoul, Korea is the capital and largest city in South Korea and is considered as a megacity due to its population of over ten million people. The flashing neon, the blaring K-pop fever, the mouth-watering street and local foods, the beautiful natural escapes and the famous shopping spot – these are the reason why Seoul is considered as one of the must-see destinations among travellers. Myeongdong is famous for shopping, Insadong is for culture, Hongdae is a trendy district, and Itaewon is the international district, these are some of the best destinations for you to stay in Seoul for tourist depending on your choice.

Seoul is a must-visit place for K-drama and K-pop enthusiasts! When you're in Seoul, you have to visit the grand Gyeongbokgung Palace from the Joseon dynasty and head to the nearby Bukchon Hanok Village to see the Hanoks, traditional houses unique to the country's culture. Gyeongbokgung Palace is probably the most magnificent and remains the largest of all five palaces. It is often called the 'Northern Palace' as it is the farthest north compared to the neighbouring Changdeokgung (Eastern Palace) and Gyeongheegung (Western Palace). Meanwhile, Bukchon Hanok Village is home to hundreds of traditional houses, named Hanok, which date back to the Joseon Dynasty where you can uncover this historic icon with plenty of must-dos activities nearby. No trip to this area will be complete without renting hanboks (Korean traditional clothing), entering a Hanok to admire the displays of artisan, immerse yourself in art or experience a Hanok homestay.

If you're planning to go shopping in Seoul, you probably have to include Myeongdong or Gangnam in your list. Myeongdong; Seoul most popular shopping district, packed with big international-recognized brands and boutique stores, as well as plenty of restaurants, cafes and street food stalls. If you like Korean cosmetics, then there is a good chance that you will never leave this city. Myeongdong is the best place to shop for popular Korean Cosmetic brands like Etude House, Skin Food, Laneige, Missha, The Face Shop just to name a few! Also, don't miss a chance to explore Dongdaemun, one of the must-visit spots for fashion enthusiastic – Korea's largest wholesale and retail shopping district which has 26 shopping malls, 30,000 speciality stores and 50,000 manufacturers with a variety of fabrics and up-to-date clothing trends.

With more than 20 subway and extension lines, and hundreds of bus routes, it is easy to find and inexpensive to use public transits. It is recommended that you buy a T-Money transit card and load it up at any station kiosks or convenience store. With this card, it will work on every subway, bus, and taxi. Other than that, when you are travelling to South Korea, you can download some of the must-have Korean apps in your smartphone. Koreans use their mother tongue which has a method of writing called Hangul as the sole language in all and anywhere. So, if you didn't understand Korean at all, spare some time and download the suggested Korean travel apps before you board the plane. Visit Korea, Subway Korea, Naver Map, Kakao Talk, Google Translate, Korail are some of the apps that you can use while travelling to South Korea.

Splurge on your favourite Korean products at Myeongdong Market or Gwangjang Market and enjoy your Halal feast in Itaewon which has rows of Halal restaurants to choose from. Gwangjang Market was Korea's first permanent market that sold local delicacy, silk, satin and linen bedsheets. The market is popular among both locals and tourist with a wide range of Korean street food to try on. There are plenty of food stalls on the market selling mainly bindaetteok (mung bean pancake), bibimbap, gimbap, tteokbokki and noodles. You can also head to Itaewon. It was recognized as the first 'Special Tourism District', to highlight it as a destination for internationals to enjoy a diversity of experience in culture, shopping and entertainment. For thrilling adventures, march onwards to the Lotte World Theme Park (world's largest indoor theme park) or Everland Theme Park (South Korea's largest theme park)!

There are so many activities you can do here in Seoul. Be enchanted when you tour Seoul and feel the magic for yourself. Discover your long-lost Seoul from Joseon Dynasty at the Gyeongbokgung Palace, or reminisce those romantic scenes from local Korean drama, or shop till you drop at any famous shopping spots in Seoul. So why don't you start planning your trip to Seoul now!

Book your next trip to Seoul with Tripfez. Find all-in tour packages with flights or ground arrangement packages. Travel with family or friends on your next holiday and also enjoy amazing halal food. So book your tour package online now! 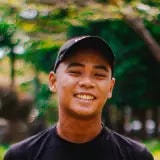