Jakarta is chaotic, to say the least. Traffic-choked highways during the day and a lively nightlife once the sun sets. Life here is lived with speed and driven by the residents' passion to become industrious. With the allure of jobs and a better life, the population of Jakarta has raised to 10 million people. Making it the most populous city in Southeast Asia. Although Jakarta is relentless in nature, it still offers an abundance in visual arts, world-class food and extraordinary coffee scene.

Jakarta continues to improve to become a city that matches neighbouring major cities such as Bangkok or Manila in terms of tourism. In central Jakarta, you can find iconic monuments such as the famous National Monument right in the middle of its Medeka Square as a symbol of the struggle of Indonesia, Istiqlal Mosque the largest mosque in Southeast Asia and the third-largest Sunni mosque in term of capacity or the Jakarta Cathedral with its stunning neo-gothic design just across the street of the mosque. Away from the hustle and bustle, Jakarta's city parks are also no slouch. Lembang Park and Suropati Park offer visitors some much-needed change of scenery as well as greenery.

Like many major cities, Jakarta's diversity has boosted its eatery options immensely. From posh restaurants to the banging woks of street hawkers, there is plenty of food to go around throughout your visit to Jakarta. You can have the spicy Bebek Goreng or the delicious Bakso for the main course, and have Martabak Manis or Durian Pancake for desserts.

Best time to visit Jakarta is during the dry season, approximately between  May to October, with temperatures ranging 24-32 degrees Celcius; over 11 to 12 hours of sunlight and clearer days for sightseeing and easier travel to the city's major landmarks. Daily temperatures are usually between 29°C and 35°C. It is hot, especially because of the humidity.

Book your next trip to Jakarta with Tripfez. Find all-in tour packages with flights or ground arrangement packages. Travel with family or friends on your next holiday and also enjoy amazing halal food. So book your tour package online now! 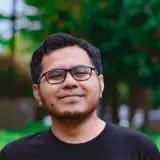 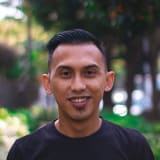