Known as the world’s fourth most populous country, Indonesia spreads itself across the Java Sea with a chain of over 17,000 islands under one roof. To give you a mental picture, Indonesia can be found from the Straits of Malacca, next to Malaysia and its archipelago can stretch itself to the Timor Sea bordering itself into Australian waters. Being the world's largest Muslim populated country, it is no surprise that Indonesia has become a famous travel destination for Muslims.

With its massive domain across the sea is already something to behold, Indonesia is also gifted with some of the most spectacular landscapes, curious wildlife, vividly stunning coastlines with soft white-sandy beaches, culture and history at every corner. Indonesia calls for those looking for adventure, some time-off, history buffs and everything in between.

Where Should You Go In Indonesia

Indonesia's gift can also be a curse for travellers. With thousands of islands to choose from, it can be challenging if you were to narrow your choices into just a few. Indonesia's charms lie inside its plethora of undiscovered gems which poses as an exciting adventure for those looking to step away from the mundane. Here are some highlights on top places you should consider for your Indonesia trip.

Natural Beauty At Its Best

Green Canyon: Located at Kertayasa Village, in the West Java Province, the Green Canyon is where you can float through two mossed-filled canyons flanking the green watered Cijulang river. When the sunshine seeps through the dense jungle and shines on the green-hued river, it creates a truly magnificent view. Boat rides, cliff jumps, lazy rivers and some stunning natural beauty for the icing on the cake. What's not to love?

Madakaripura Waterfall: On the other side, in East Java, is where you can find one of the tallest waterfalls in Indonesia and arguably, one of the most beautiful waterfalls in the world. Located not too far from Mount Bromo in the Lombang district, the already impressive waterfall crashes down 200m from the top into a vividly turquoise coloured water at the bottom. Coupling the sound of the water crashing and greenery surrounding Madakaripura Waterfall, with the sunshine and the ambience of the jungle, this waterfall is definitely a must-visit when you're in East Java.

Raja Ampat Regency: Aesthetically sublime, flying over the approximately 1,500 islands of Raja Ampat would make you want to jump straight into its turquoise waters from the plane. Located right in the middle of the Coral Triangle (the most important reef systems in the world) at West Papua Province, Raja Ampat is a diver's dream as its diverse marine life houses around 75% of the world's marine species in one place! Above waters, Raja Ampat is equally as breathtaking. The View from the top of the hill is where you appreciate Allah's fine work at play.

Nusa Penida: Just off the coast of southeast Bali is where you can find Nusa Penida. In contrast to Raja Ampat, there are only 3 islands that make up the Nusa Islands (Lembongan, Ceningan, and Penida). One equally as stunning as the other. Its tall and diverse landscape overlooking the blue Indian Ocean is something to behold and also the reason why it is an increasing tourist destination. In Nusa Penida, you can walk on the narrow Kelingking (T-Rex) viewpoint. The amazing view from the top is worth the hike up.

Volcanoes In All Shapes and Forms

Kawah Ijen Volcano: This volcano can be found composite volcanoes located on the border between Banyuwangi Regency and Bondowoso Regency of East Java. There are two naturally extraordinary phenomena that occur here. Both in the colour blue. One being the fire that is being emitted is a bright electric blue flame (Note: You can see it more clearly at night). The second, the volcanic lake is turquoise-blue due to its immense acidity level. Although not for the weak of heart, the trip to Kawah Ijen Volcano should be in your bucket list nevertheless.

Kelimutu Volcano: This volcano is the crown jewel of Kelimutu National Park in Flores. The main attraction at this volcano is its ever-shifting tri-coloured volcanic lake at the top of this mountain. Travellers come here from near and far to watch the colours of the lake change colour dramatically and unpredictably from blue or green to red or black.

Weather in Indonesia can be unpredictable. Although there are only two seasons in Indonesia (dry and monsoon season), you may even experience a warm and sunny day in the morning and see it rain pouring down on the evening.

The dry season in Indonesia spans from May to September and this is the most popular time to visit Indonesia. The wet season is between October & April, with rainfall occurring in short but heavy bursts. There are some regional exceptions and north Sulawesi experiences some rain in June & July. Temperatures remain fairly constant year-round with averages of 28°C throughout the region.

Important Things To Note About Maldives

Book your next trip to Indonesia with Tripfez. Find all-in tour packages with flights or ground arrangement packages. Travel with family or friends on your next holiday and also enjoy amazing halal food. So book your tour package online now! 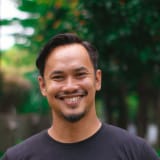 When is the best time to go?

Are the food in Indonesia Halal?

What is the common language spoken in Indonesia?

Is there a time difference?

What vaccinations are recommended for this adventure?

Is it safe to drink tap water in Indonesia?