Start your day in Marrakesh to the Mosque of Koutoubia; the largest mosque in Marrakesh with one of the oldest Almohad minarets remaining in the world. It was built in the 11th century with a beautiful 70-meter high minaret and it is an active mosque until today. Next, visit the Bahia Palace that was a 19th-century palace built for a venue to entertain the French guests that drop by there.

If you have more time here, spend your time by visiting Saadian Tomb which is a 16th-century tomb, a burial ground of 66 of the Saadian dynasty members. It has the most beautiful jewel encased tomb in the whole of Morocco. Last but not least, the most anticipated place is Jama El Fná square which is probably, the 500 years old most natural square in the world, surrounded by the Old Medina, Souks, hundreds of handicrafts streets.

Book your next trip to Marrakech with Tripfez. Find all-in tour packages with flights or ground arrangement packages. Travel with family or friends on your next holiday and also enjoy amazing halal food. So book your tour package online now! 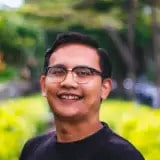