Split by a trigger-happy, dictator-lead border, South Korea offers travellers a dazzling range of unique experiences, beautiful landscapes and 5000 years of culture and history as opposed from its much-secluded neighbour. And although its capital, Seoul, takes the most of the plaudits with technologically driven and red-hot energy of its residents, South Korea also has more to offer if you would venture into the road less taken. The various geographical areas of South Korea are just mind-boggling, to say the least. This land of "10,000 peaks, 10,000 islands and 10,000 waterfalls" is a place of never-ending contrasts that is filled with beautiful beaches, ancient temples, remarkable natural scenery and most importantly, friendly people to help you get around.

South Korea is home to an endless number of world-class attractions and annual festivals that foreigners and locals alike enjoy each year. And to make things even better, Korea is simply enjoyable touring all year round as it experiences all 4 seasons. In spring, South Korea is coated in pink when cherry blossoms, decorating the country throughout. And imagine during Autumn season, the country is bathed in the most stunning shades of orange and red as the autumn leaves start to bloom. Your trip to South Korea will certainly be as amazing as you can imagine it to be when you plan with your family and friends for tour packages to South Korea!

What to do in South Korea?

- Let's get Seoul out of the way first. Located at the heart of the city, ironically fascinating, you can tour South Korea's traditional hanok houses in Bukchon Hanok Village. In the Summer, you can find shade and dip your feet inside the Cheonggyecheon Stream, a modern stream that runs through downtown Seoul.

- For some adrenaline rushing good time, you can spend a day at the world's largest indoor theme park, Lotte World, or scream and shout at Everland Theme Park. Also, be ready to be impressed by some architectural brilliance at Ewha Woman's University and Dongdaemun Design Plaza.

- Jeju Island, full of nature's treasure. In the east coast of Jeju, you can tour its UNESCO World Natural Heritage at Seongsan Ilchulbong Peak, Seopjikoji, Baekyaki Oreum, and Woljeongri Beach. You can also witness a three-tier waterfall at Cheonjeyeon Waterfall.

- In the half-moon-shaped isle near Seoul, touring Nami Island is also a must when you were to visit South Korea. Nami Island is a magical and unique place as this island truly reflects how stunning the 4 seasons of Korea can be.

- Continuing with the island theme, you can also tour Geojedo Island, the second largest island in Korea (first being Jeju Island). It is a very popular short gateway destination for the people of Busan as you can arrive there for about an hour by car.

- You can't miss visiting Korea during spring. Experiencing Jinhae Gunhangje Festival and Hwagae Cherry Blossoms Festival in Busan and Gyeongsangnam-do is something you need to witness once on your lifetime! Best time to experience this is during early to mid-April.

Where to shop in South Korea?

- If you love shopping, Korea is the perfect place for you. even when you have a few hours in Seoul, you need to squeeze Myeong-dong into your plan. With a chock load of massive department stores, fashion boutiques, and, of course, a wave of skincare and cosmetics shop, Myeong-dong can convert anyone into becoming a shopaholic.

- For a more affordable cosmetic bargain, you can even shop at Ewha Woman's University Shopping Street. Any price that can fit into a student's budget, can definitely fit into any tourists' budget as well.

Are there any festivals in Korea?

If you're planning to tour South Korea for its festivals, then you're in luck! There are plenty of fantastic festivals all year-round in South Korea. Here are some of the festivals held in Korea:

- In January, watch the first sunrise of the year at the Homigot Sunrise Festival.  Located in the furthest east of the Korean peninsula, the sunrise time of Homigot on January 1 is at 7:32 am, and the location makes it the earliest first sunrise of each year in Korea

- In February, enjoy snow, snow and more snow! Sledge and slide your way down the snowy mountain while you watch in amazement at impressive large-scaled snow sculptures at Taebaeksan National Park

- If you're planning to tour South Korea in March, you can take up the chance to witness the breathtaking Jinhae Cherry Blossom Festival. The festival only lasts for only 10 days. Careful planning and some luck are required here.

- In May, you can enjoy some beautiful lanterns light up the night sky at Lotus Lantern Festival at the entire downtown Seoul.

- In June, pottery fans can find joy in Incheon as they held the Icheon Ceramic Festival. Here, those who are interested in the arts of pottery can learn from the masters or just enjoy the mood of the festival.

- In July, get down and drity at Boryeong Mud Festival during the summer in Boryeong

- In August, you can watch the recreation of the naval war at The Great Battle of Hansan Festival. This will be held around Tongyeong city

- In September, you can enjoy the week-long Muju Firefly Festival. This is to promote environmental awareness in Muju, where its fireflies can only survive here, where the beautiful and untouched part of South Korea. A visit here is definitely a must for nature lovers.

- By the end of October, you can witness the Busan International Fireworks Festival

- In November, the smell of Kimchi is in the air! You can enjoy the going through the Kimjang (making kimchi) process as the Korea culture aims to educate tourist on this much-loved dish.

What to eat in South Korea?

- With the boost of tourism, halal food and Muslim friendly restaurants can be much easier to be found in South Korea. Although Korean fans are accustomed to Korean food such as kimchi, bulgogi, and japchae, but Korean food would definitely taste much better in Korea! In Korea, you can now even enjoy Jjajangmyeon at Makan Halal Korean Restaurant, Halal-certified restaurant. There are also numerous halal-friendly restaurants such as Nimat, Yang Good Halal BBQ and EID Guesthouse.

How to get around South Korea?

- Unsurprisingly, it is super easy to get around South Korea. World-class even. Six cities that offer a systematic train station are Seoul, Busan, Daejeon, Daegu, Gwangju and Incheon. Travelling via train is the most efficient way to get around Korea.

- You can also ride the bus in South Korea as it is also efficient and most importantly cheap!. The Seoul Express Bus Terminal and the Central City Terminal (both in Seoul) are the gateways to bus routes that connect most of the country.

- We recommend you to purchase the T-money card. This card is a rechargeable smart card that can be used to pay public transit for trains, buses and even taxis.

What is the best time to visit Korea?

South Korea is such a joy to tour all-year-round as there are 4 enjoyable seasons in Korea. So depending on where and what you want to visit, here is what you can expect the weather to be like in South Korea:

- From December to March, you can expect a winter wonderland as you go sightseeing in South Korea. Winter can be cold and crisp in South Korea. Pack those boots if you would want to tour South Korea under the snow. Temperatures can be about -6 and 3°C on average but can also drop below -10°C!

- From April to June is the best time to visit South Korea if you would want to catch those cherry blossoms. Temperature can be pleasant between 15 - 18°C

- From July to August are the hottest months in South Korea as the Summer hits. Pack light, wear comfortable clothes and drink plenty as the temperature can range between 23°C-30°C.

- From September to November, as the Summer heat fades, autumn leaves will start to fall. Such beautiful scenery to behold, really. Temperatures can be mild as it ranges between 19-21°C.

Book your next trip to South Korea with Tripfez. Find all-in tour packages with flights or ground arrangement packages. Travel with family or friends on your next holiday and also enjoy amazing halal food. So book your tour package online now! 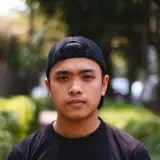 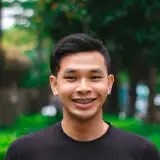 When is the best time to go?

Unlike many other Asian destinations, South Korean weather is fairly straightforward and easy to understand. There are only minimal regional variations throughout the country, and the year divides neatly into four distinct seasons.

There is a delightful spring (April to June), a muggy and wet summer (July to August), a refreshing autumn (September to November) and a freezing cold, snowy but dry winter (December to March).

Which currency should i bring?

What is the common language spoken in South Korea?

In the Republic of Korea (South Korea), the national and official language is Korean. Many people there speak English, especially in major cities such as capital Seoul, but knowing a few words of some of the languages in South Korea would help your trip run smoothly and more acceptable with the people

Is there a time difference?

Can I use my normal electrical plugs in the South Korea?

The standard voltage in South Korea is 220 volts and 60Hz. South Korea uses two types of plugs, Plug Type C (Europlug) and Plug Type F (German Schuko). These types of plugs have two round pins that are placed 19mm apart from each other. The pins fit into two 4.0mm to 4.8mm round holes.

What vaccinations are recommended for this adventure?

It's important that you receive the most accurate and up-to-date travel health information for the region you will be visiting. The only one qualified to provide you with this advice is your family physician or a specialist from a Travel Health clinic.

Can you drink tap water in Korea?