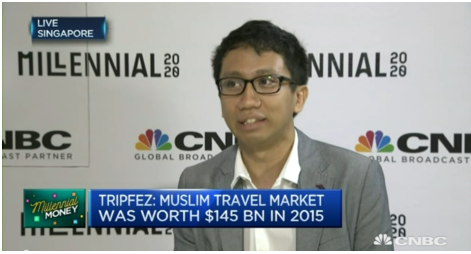 "The Malaysian firm Tripfez is a little like TripAdvisor - except it is focussing on serving global Muslim travellers." - BBC

"Faeez Fadhillah, CEO of Tripfez, talks about the potential of the growing Muslim travel market." - CNBC

"Tripfez Travel ... is recognised as a lead player within the Muslim travel segment" - Star2

"However, what sets the travel website apart from the rest is that it incorporates the Salam Standard tool — allowing users to also rate and review their experience — launched by the same outfit that brought us Tripfez." - New Straits Time

"10 Malaysians named in Forbes’ list of youths to watch" - Malaysiakini